Cornerstone Church is where you connect with Christ and with each other!

Continental Breakfast
Sat, April 23
9am – 10:30am
Registration not required

Speaker: Adolph Coors IV
As an heir to one of the world’s largest and most famous breweries, Adolph Coors IV thought that he could succeed on his own. With his prestigious name and proud family heritage, his future was bright. That was until a series of trials and tragedies left him insecure and unfulfilled.

Adolph will share his seventeen year-long journey of hatred for the man who had brutally murdered his father, culminating in complete forgiveness made possible only through Jesus Christ.

Adolph and BJ, his wife of over 51 years, attend Cornerstone. They have two married sons, and eight grandchildren. 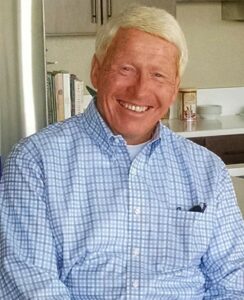